Opened on 31st May 1952, America Hall, Pinhoe’s Community Centre, was built with funds donated by the families and friends of American Service persons who were stationed here during the Second World War. 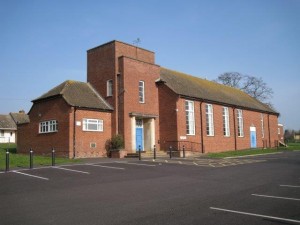 The American families and friends gave money to the people of Devon living in this area in grateful thanks for the hospitality they bestowed upon their loved ones during one of the most difficult periods in modern history.

The links with America lives on largely in name only these days but there are still many Pinhoe folk who remember when, where and how it all happened.

America Hall is situated in the village of Pinhoe, on the north eastern outskirts of Exeter, within easy reach from the M5 motorway. Should you not have transport America Hall can be reaches easily by bus from the City Centre